I decided to interfere with nature! The lovely healthy Swan Bushes had plenty of eggs on them but I could never find a single caterpillar. 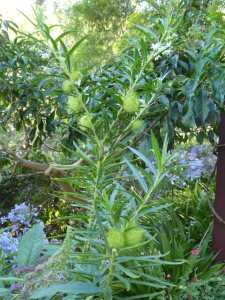 The eggs on a much spindlier bush in a different position all seemed to hatch. I didn’t think there was any way for that bush to sustain all the caterpillars on it so I removed about half, put them in a terrarium and fed them with leaves from the flourishing bushes. They thrived.

It only takes a few days for the tiny caterpillar to emerge from the egg. 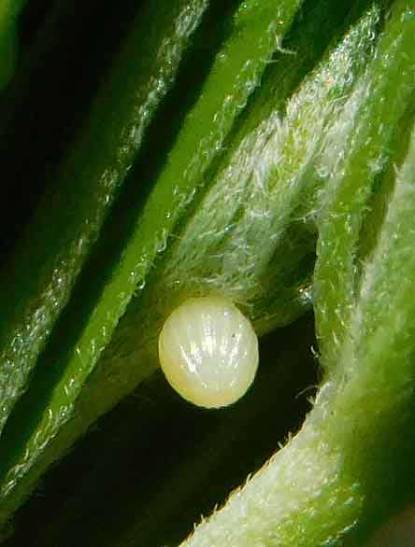 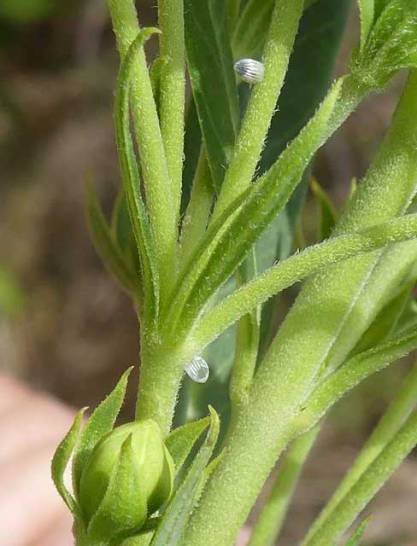 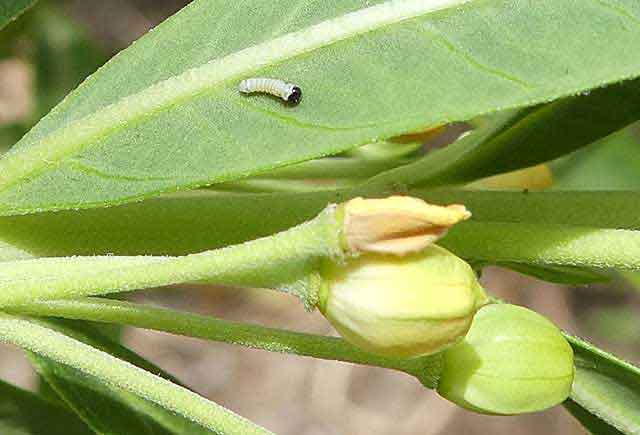 The caterpillar moults five times before it is big enough to start the change into a pupa. It seems to hang for at about a day before the radical changes start. I have no idea how the shiny gold dots are formed but the chrysalis is beautiful. 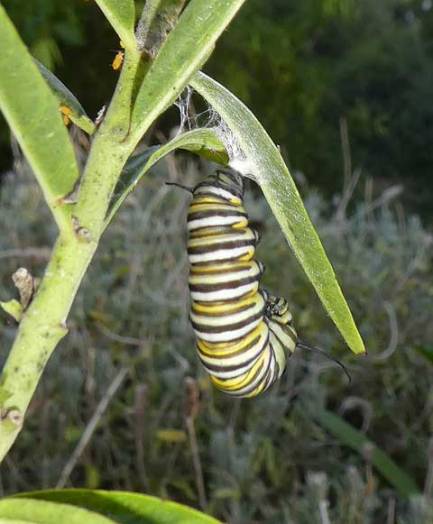 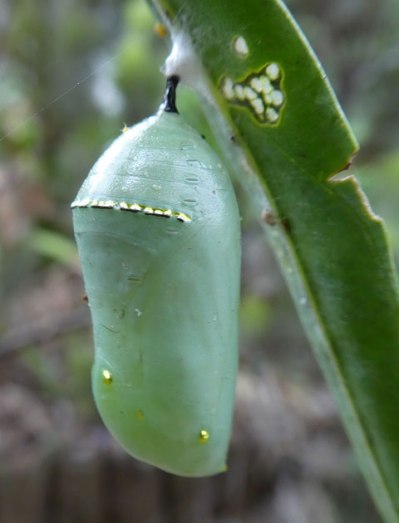 The colour of the chrysalis changes and by about the ninth day the wings are clearly visible through the now transparent Chrysalis.

It seems to me that the butterflies emerge mid morning, I think it’s possible that gives the butterfly a chance to be warmed by the sun a little before it sets off on its first flight.

Click on an image to go to the slideshow. 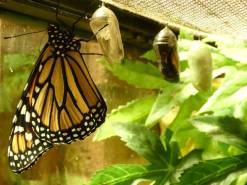 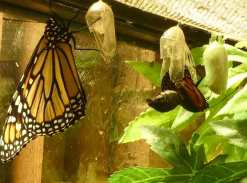 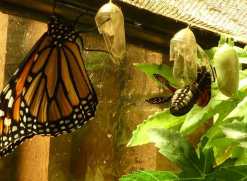 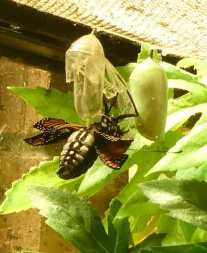 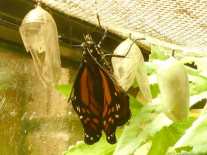 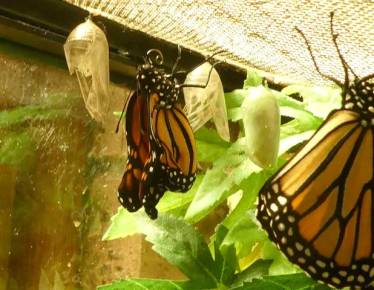 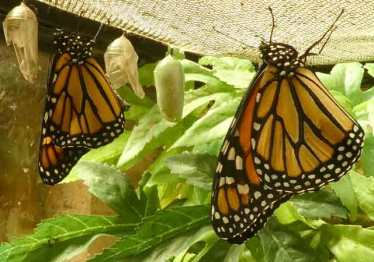 After the wings are fully “unpacked” the butterflies seem to spend at least half an hour opening and closing them before they make any attempts to fly. 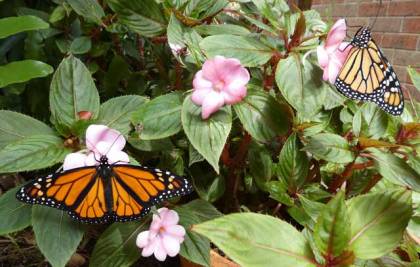 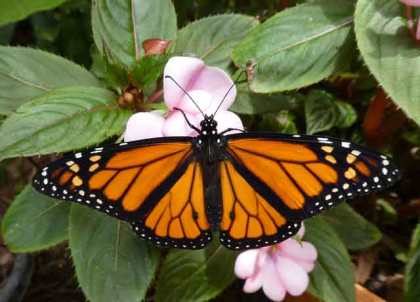 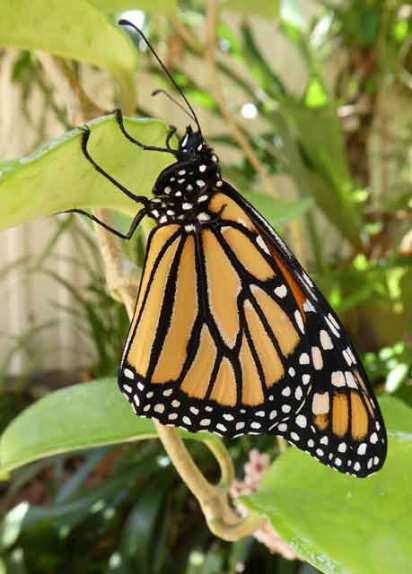 When released outside they are in no hurry to make their first flight but when they do, unlike birds fledging, they simply take off perfectly. 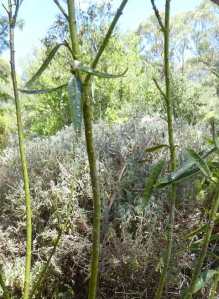 All that’s left of the “Nursery Bush” after the seven caterpillars I left on it have pupated.

At last some caterpillars seem to be surviving. Today I found two outside on one bush, obviously they hatched on different days.

I’ve had to start again, unfortunately ants disposed of the first lot of eggs despite my attempts to thwart them with grease on the Swan Bush stems. I didn’t want to use Ant Dust but that’s what stopped them in their tracks. 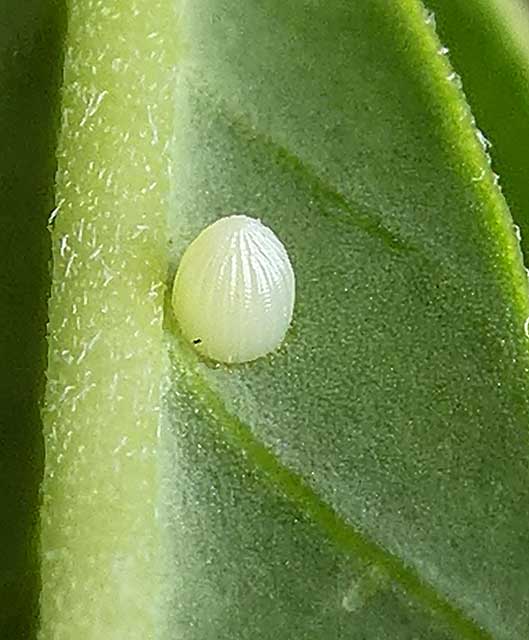 This is a Wanderer Butterfly egg about  a week after it was laid. I’ve done some Googling and the information I found said the eggs hatch in 3 – 5 days. There are no signs of any caterpillars on the bush but there have been small ants. I’m not sure if the ants would eat the eggs but I’ve put some Vaseline around the base to discourage them.

I’ve marked the leaf this egg is on so I can check it over the next week.

This is the first Wanderer or Monarch Butterfly I’ve seen this season. She’s laying eggs on a Swan Bush.